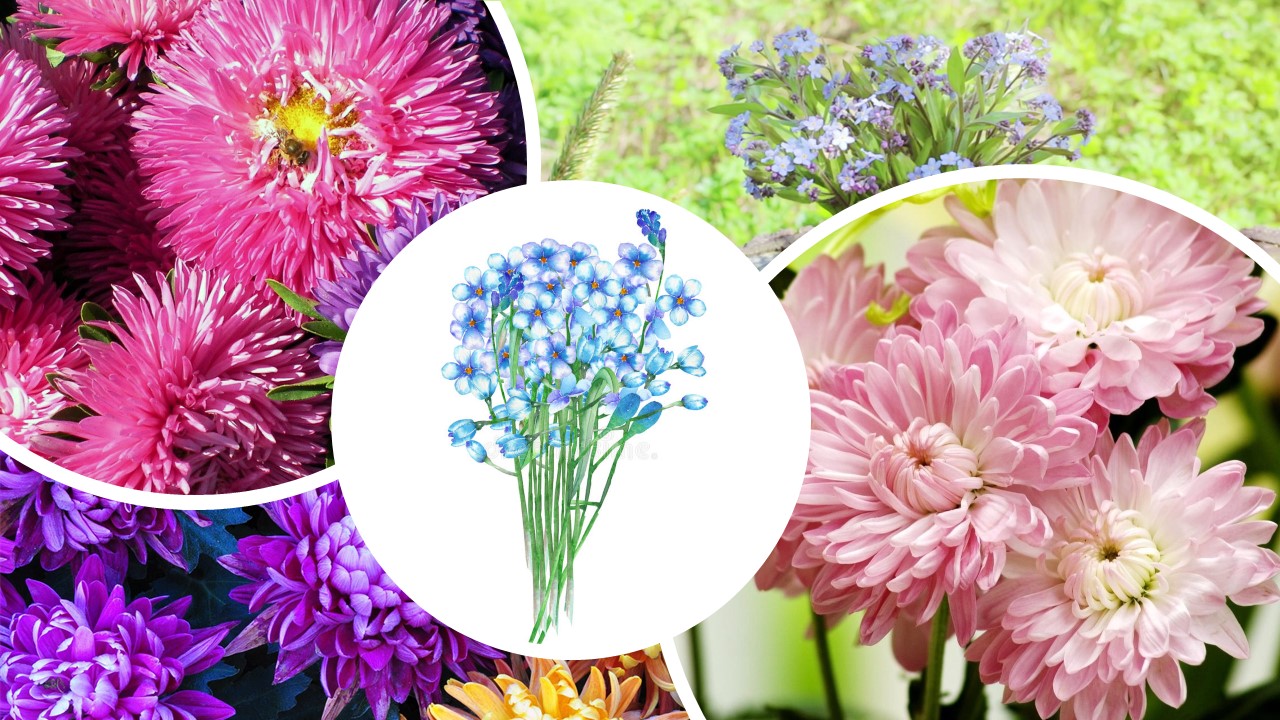 Aster – A Star on The Earth!

When we try to find out the birth flowers for the month of September, we would first find Aster followed by Myosotis and maybe a few more. Aster sure is a sweet flower….then again glamorous??? Aster does not seem in the same coalition as other birth flowers like the rose or the lily. However, we can definitely accept a simple and humble flower to be a part of this league of birthday bouquets.

Aster, being the birth flower of September is a part of the family of daisies. This composite flower has a central core of tine flower heads that is surrounded by slender long petals. Aster is a wildflower and has more than six hundred species and the colors vary from red and orange to a lovely white. The popular color that aster is known for is the blueish purple. You could think of gifting varied colors of aster for birthdays.

As per the ancient Greeks, this flower was known to be with the Greek God, Astraea. She was very upset one night because there were very few stars in the sky. She began to cry and the tears fell on the ground and they turned into pretty star-shaped flowers which were later called aster. That means ‘star’ in Greek. This is another reason that aster is the best choice to send birthday flowers to India for your loved ones and make them feel like a star!

Another flower for this month is Myosotis which is also called the ‘forget-me-nots’ flowers. Is there a special pattern for this month? Well, let’s dig deeper and try to discover more about the September birth flowers.

Here is a little something about the Myosotis, there is definitely no confused reclassifications here…what you have seen is what you will get with this amazing forget me not plant. Myosotis in ancient Greek rightly means mouse’s ears which refers to the leaf’s shape.

They may have such a name as they have a lovely habit of showing up in the garden when you least expect it. You would have even forgotten about it as the small seeds spread so easily around. The mesmerizing plant ‘forget me not’ is translated in English from the French term ‘ne moubliez pas’ which also means ‘don’t forget me ‘.

These flowers were introduced to other temperate parts around the world from native Europe. Many of their species are also from New Zealand. The meaning of flowers is their own language is remembrance. However, when flowers are given as thoughtful gifts, it also means love and faithfulness. This birthday gift would also symbolize endurance.

Gifting these alluring flowers to your loved ones who are born in September will touch their heart in a special way as you have made effort in giving them the birth flower of the month.

Morning glories are also birth flowers for September. They are simple and symbolize true affection. People who are early risers can catch the lovely blooms opening up. These lovely flowers usually curl up and close during the evening.

Gifting these flowers to your loved ones who are born in September will touch their heart in a special way as you have made effort in giving them the birth flower of the month.